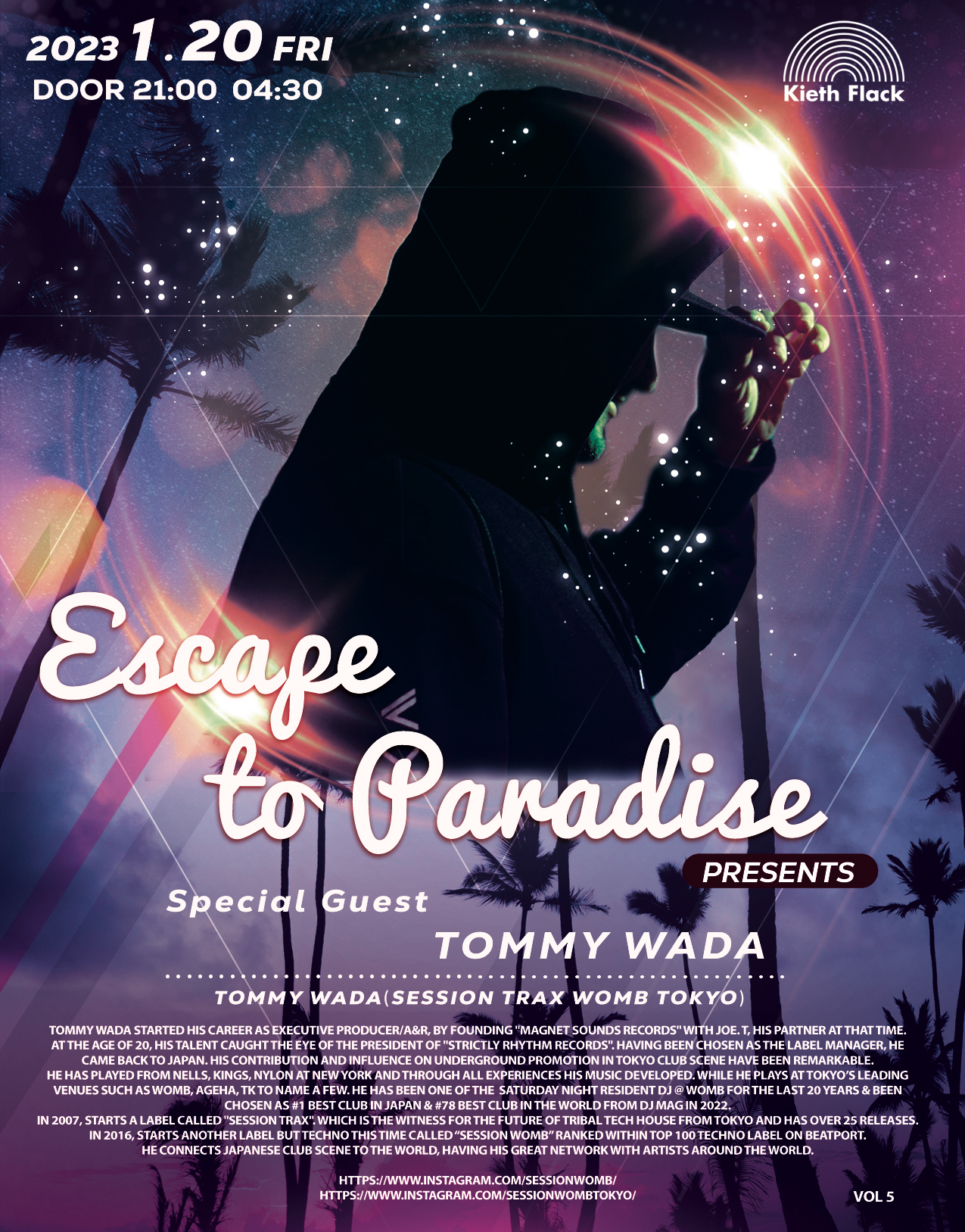 TOMMY WADA started his career as Executive producer/A&R, by founding “MAGNET SOUNDS RECORDS” with Joe. T, his partner at that time.At the age of 20, his talent caught the eye of the president of “STRICTLY RHYTHM RECORDS”..He has played from Nells, Kings, Nylon at New York and through all experiences his music developed. While he plays at Tokyo’s leading venues such as WOMB, AGEHA, TK to name a few. He has been one of the  Saturday night resident DJ @ Womb for the last 20 years & been chosen as #1 best club in Japan & #78 best club in the world from DJ mag in 2022.In 2007, starts a label called “SESSION TRAX”. which is the witness for the future of Tribal Tech House from Tokyo and has over 25 releases.

Techno and Progressivehouse DJ/Producer.Red hair is her treadmark.She is well known for her play, which expresses a beautiful blend of electronic beats to emotional and darker ones.She played Japan and abroad as a guest. In japan,Shinkiba Ageha and Shibuya WOMB which is No.1 club in Japan,and her [REMAIN] EP,released on Fearless Recordings in May this year,reached No. 9 on Beatport’s Melodichouse&techno chart. 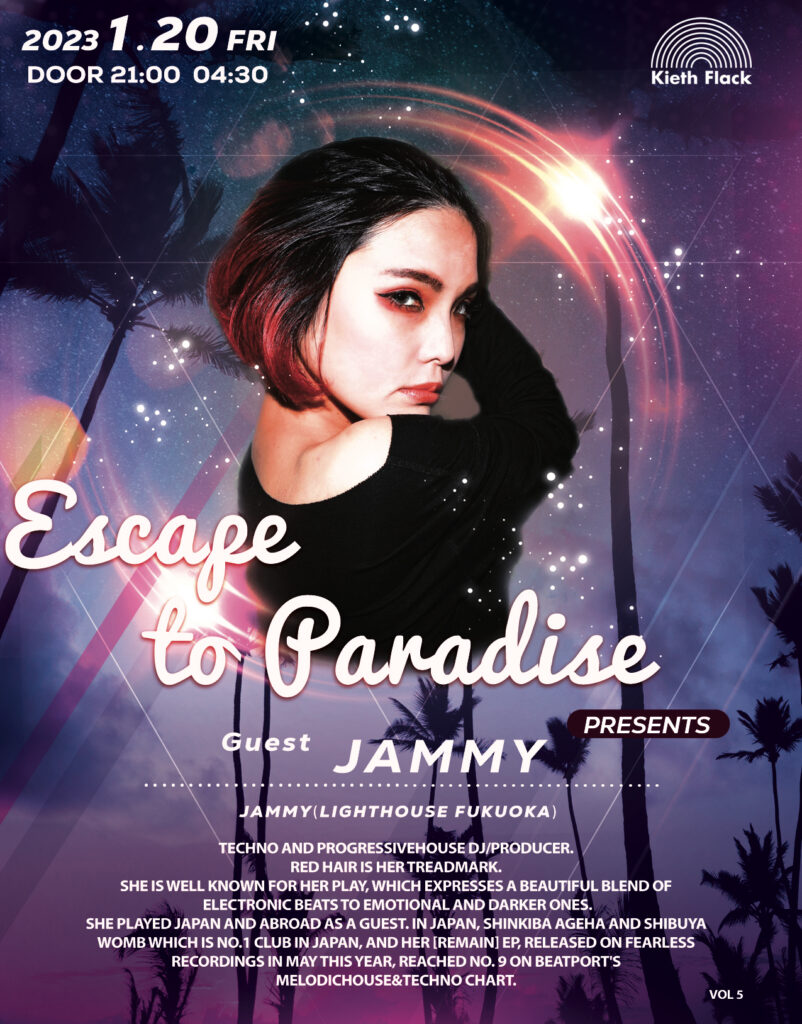 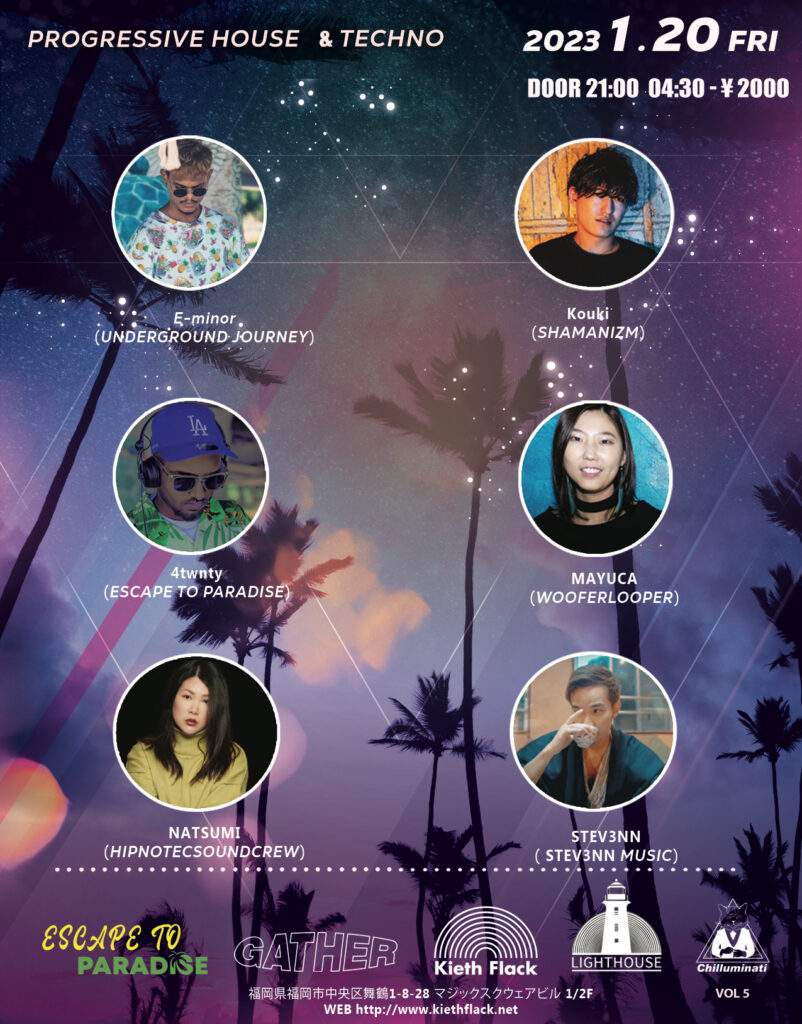 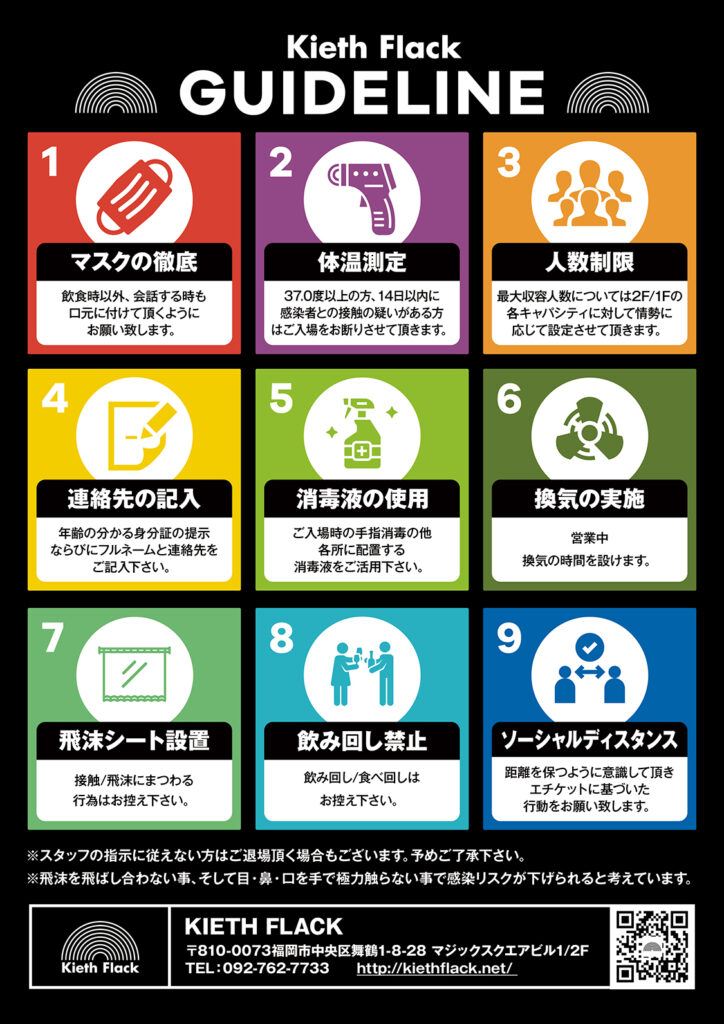